In Search Of A Cosmic Super-theory 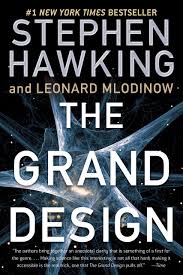 The Grand Design by Stephen Hawking & Leonard Mlodinow
The Hypercomputer named Deep Thought in The Hitchhiker’s Guide to the Galaxy comes up with an answer to "The Ultimate Question Of Life" after nine years of calculations. The answer is 42. In The Grand Design you are warned at the beginning that the answer is a lot more complicated. However, like Stephen Hawking’s other works in popular science, here too the language is simplified for non-specialist readers. You cannot, though, afford to think that neutrons and protons are names of aliens.
The Grand Design has been co-authored by Leonard Mlodinow, who had also co-authored “A Briefer History of Time” with Hawking. Leonard, a physicist, has also written for Star Trek: The Next Generation.
Hawking’s most popular work, “The Brief History of Time”, was published in 1988. The work explored a range of cosmology subjects like the Big Bang, Black Holes and light cones. It ended on the note that a unified theory of universe would reveal the "mind of God". “The Grand Design” goes a step ahead and explores M-Theory, a possible candidate for the ultimate theory of everything. With "M" standing for anything ranging from master to mystery, M-theory is a family of varied theories. It solves the problem that a single formulation or concept for the entire universe may be untenable. It allows different theories for situations, with each having its different versions of reality. The only condition being that the theories must agree in their predictions wherever they overlap. The idea can be understood as a collection of detailed maps used to represent different regions of earth. When assorted to give a complete picture the maps will show the same landscape where they overlap.
M-theory works in 11 space-time dimensions and allows for different apparent laws. "Apparent laws" here refers to the observable laws of universe, creating room for different universes with diverse set of observable laws. The theory allows for 10500 different universes each working within its own scientific sets. The authors use string theory to explain the concept of multiple space-time dimensions. In the language of logic this translates into a straw with a diameter so small that it almost appears one-dimensional. The idea being that the "invisible" dimensions are so highly curled that they almost appear non-existent.
Like in Hawking’s early work, here also, it is argued that science can provide a God-free explanation of the origin and function of universe. In The Grand Design, however the authors come across as more direct and combative. They take on questions like why the universe exists or why there is something instead of nothing. They believe that because there is a law like gravity, the universe can and will create itself from nothing. Gravity, here of course is the same force that makes the apple fall down, but has far wider implications in the cosmological terms of reference. "It is not necessary to invoke God to light the blue torch paper and set the universe going," they say. They trace the origin of belief in a supernatural being and a parallel growth of science, both as means to explain the forces of nature. The difference being that science not only aimed at explaining, but also predicting the ways of nature.
Some of the provoking concepts in the book include the theory that universe has not just a single history but every possible history, each with its own probability. Feynman’s diagrams, designed as mathematical expressions of electron interaction, are applied to conclude that the universe appeared spontaneously "starting off in every possible way".
While getting to understand Feynman’s diagrams can get tedious, an interesting analogy is provided to relieve the pain. The authors compare the spontaneous creation of universe to formation of bubbles in boiling water. While each bubble is like an alternative universe, not all last long enough to develop. A few survive to become bubbles that we can see equivalent to universes that survive.
One of the basic concepts of the book is that there is no picture-independent or theory-independent concept of reality. This dims the question of real and false and places observations in an established model or a world with set of rules. Just like in Matrix where both the physical and virtual world have their set rules and physical realities. But the concept in the book goes way beyond science fiction with a whole chapter set out to understand the nature of reality. The authors wonder if our view of reality is distorted like that of the goldfish in a curved bowl. That, however, does not mean that the goldfish can have no understanding of world beyond the bowl. It can still draw scientific laws from its distorted frame of reference and predict and approximate accordingly. Its science would be a lot more complicated than ours, but "simplicity," they say "is a matter of taste."

Popular posts from this blog

Look beyond abs: 9 exercises to strengthen your core 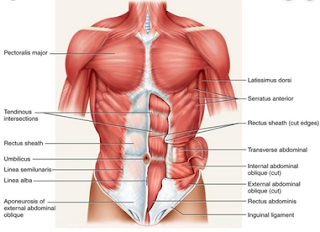 35 muscle groups make up the central link chain that stabilizes the body Most people think of the core as being synonymous to abs. While abs are a part of it, the core comprises much more. Made up of 35 different muscle groups that connect the pelvis, the spine and hip area, the core makes up the midsection of the body. The core muscles act as stabilizers for the entire body and play a vital role in carrying out most everyday tasks such as lifting, scooping up packages, standing for long periods of time etc. Keeping these muscles strong can also improve posture and help give more strength during activities like walking, running and playing various sports. What are the key muscles that make up the core? The trapezius muscle connects the spine to the shoulder blades and stabilizes the upper body. The latissimus dorsi , also known as lats, links the shoulder blades, upper arms, spine, and pelvis, making it a critical stabilizer for the entire body.
Read more 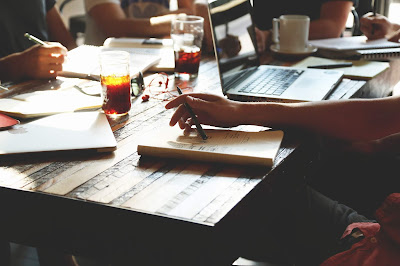 Till about a decade ago, the first thing you needed to start a business was a physical address. Today, the first thing you need is a website address. Your website is the first place a prospective client / partner / employee / competitor arrives at to take a look at your work. It is considered the first test of authenticity, accessibility and competitive edge. It becomes important, therefore, to put your best foot forward when it comes to your website. The website can be made for a private individual or celebrity, business firm or company, a trust or organisation, or a service provider or seller. Each of these has its unique requirements, selling points and focus areas. The cyber world gives you the opportunity to push your boundaries and put your imagination to use. It does not limit your capacities but at the same time it can be a confusing space. You may find yourself surrounded by too many options that can potentially clutter your website and confuse visitors. So, where sh
Read more